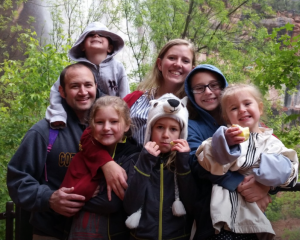 excited to start building the Cedar Valley Wrestling program. He was a head coach at Cottonwood High School for two years and then took a short hiatus to obtain his MFA in Painting. He assisted for several years at Orem High School. Previous to that, he was trained and certified under Coach Ivan Ivanov, a National Wrestling Hall of Famer, who is the founder of Suples Wrestling. Coach Hunter has won multiple National Titles in wrestling. He has earned spots on two Junior World Teams and placed Internationally in Senior level competition. Mr. Hunter teaches Photo and Yearbook at Cedar Valley. He lives in Eagle Mountain with his wife, Kristine, and his five kids: Preston, Eva, Elisabeth, Anderson and Ember.

Wyatt Argyle is honored to be working with Cedar Valley’s wrestlers. Every year he wrestled in high school, he placed at State. He also played football through high school and received a football scholarship at Dixie State. He made it to Nationals during the years he wrestled with Dixie State’s club there. Wyatt’s wife is Haliey and together they have two daughters, 4 yr old Kapri and 8 month old Alayna. Wyatt currently works as a nurse and is beyond excited to coach wrestling. His years wrestling not only taught him to be tough, hardworking and resilient, but to love the sport more than any other.

Brendan Willoughby wrestled all four years in high school and placed at State all four years. He is a 2x Utah State Champion. He wrestled at Delta High School and went onto Snow College and Utah Valley University. He was an assistant coach at Orem High from 2016-2019. He teaches Biology, Zoology and Botany at Cedar Valley.

No Events This Week

Events are added by athletic staff.
View All Events